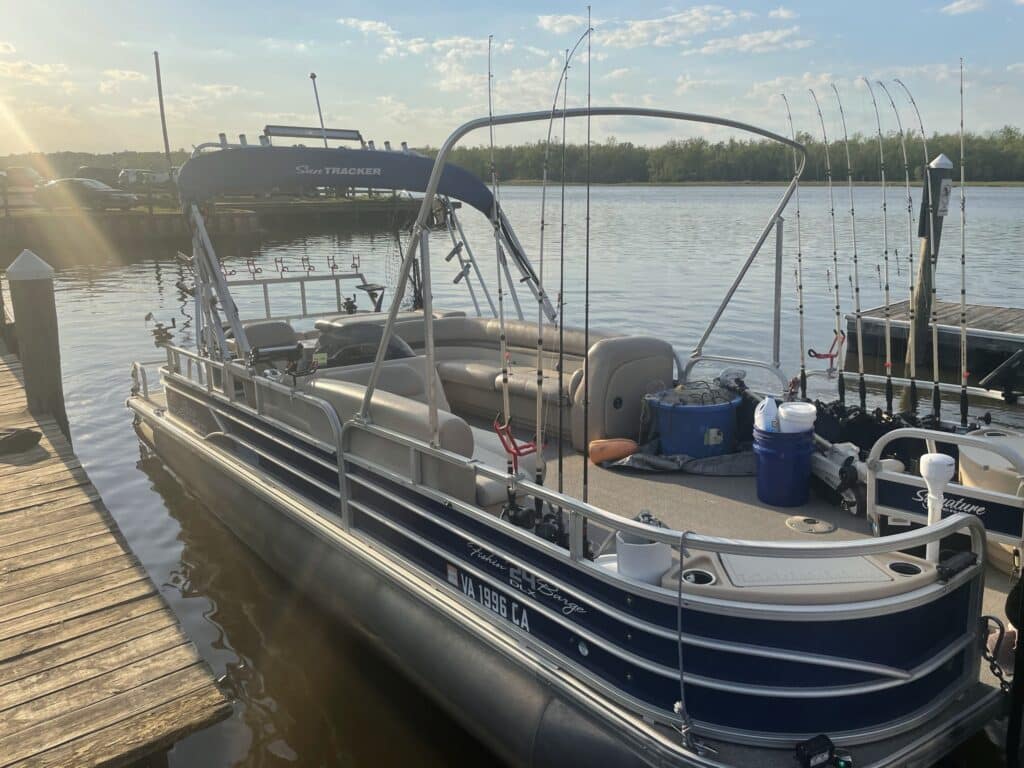 I literally grew up on boats. My entire childhood memory bank is composed of mostly memories of being on or in the water. I knew when I started my family boat ownership would be an integral part of our shared lives together. The problem is I love to fish — any kind, but mostly for big species. Shark, cobia, bull-red drum, trophy blue catfish. A family boat is not always compatible with that lifestyle. So, for years we had 2 boats. A classy bow rider with lots of seating, and a rugged and tested CrisCraft Scropio with a 1983 Mercury 185 outboard. Having 1 boat can be a hassle (storage, mx, etc.) but 2 fairly large assets exponentially complicates your life.

I found the answer to all of our problems in 2015. I purchased a Floating-Living Room (Pontoon) 24′ Fishn’ Barge DLX. Lots of seating, plenty of room to move around, and wide open for fishing. I out fitted it with a fishing arch with 8 rocket launchers, planer reels with dualies on both sides, down riggers in the stern, and a custom 7 rod rack across the back to fan cast while anchored – or troll flat lines under way. I even outfitted it with a custom canvass enclosure for winter / foul weather trips.

The problem I soon encountered was the 90hp Mercury just wasn’t cutting it. I was getting great gas milage but taking forever to go anywhere. Some of these river trips are 20-25 miles one way. I thought the solution was to max the power plant. I upgraded to a 150 Mercury – the max allowed by the manufacturer (and my insurance). I increased speed maybe 5-7 mph, gas milage was terrible, and the stern was practically sinking.

I struggled for the last year with the idea purchasing a new pontoon, or even adding another boat to go back to the 2-boat system.

Somehow in the middle of this I found HydroFin on YouTube. Jason answered my call on the first ring, and we spoke at length about my frustrations and aspirations. He felt confident that his product would solve these issues and keep my family in ONE boat.

The cost was less than repowering, which wasn’t really an option for me anymore anyway — as I was maxed out. Based on his predictions, if it worked, it would be worth the risk and the cost. Jason and team installed the system onsite, and within the same day we were testing on the water.

Immediately, I was struck with the almost instantaneous time to get on plane, with minimal throttle. 0-20mph was down to a couple of seconds. After finessing the trim, I was able to find that sweet spot, where my ‘toon’ literally just seemed to take off. I went from driving a bulldozer to flying an f22. The thing now turned like a Tokyo drifter on a dime, and I was achieving previously unheard-of speed. Even with 3 full grown men in the boat – I was getting 38mph.  However, I like to throttle back and run a cool 35mph all day long, sipping that expensive ethanol free fuel.

After several hours of running with the new HydroFin system — I can give you some specs:

This fairly low-cost modification has saved me potentially tens of thousands in not purchasing another boat, the headache and time investment of reconfiguring a new fishing-specific vessel, and possibly having to have storage and mx on another “hole in the water.”

Thanks again to Jason and the HydroFin Team for saving the day and making my wildest dreams come true! 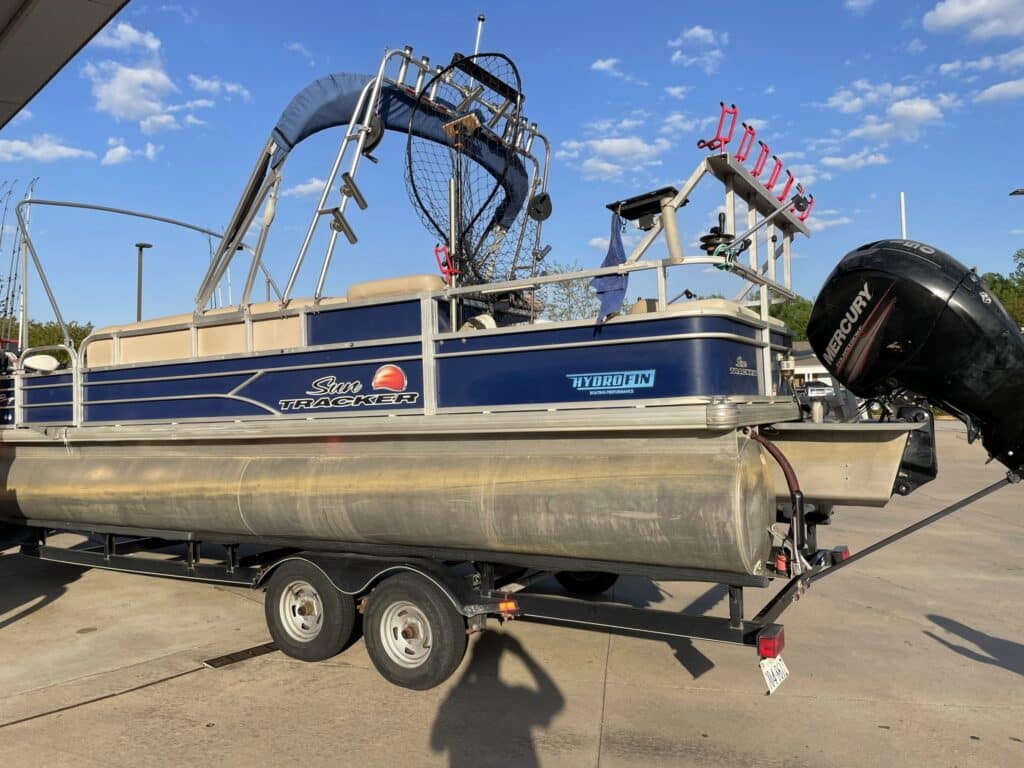 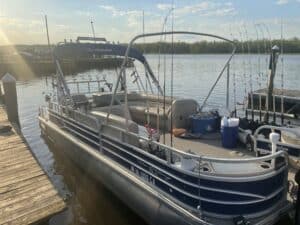 I literally grew up on boats. My entire childhood memory bank is composed of mostly memories of being on or in the water. I knew 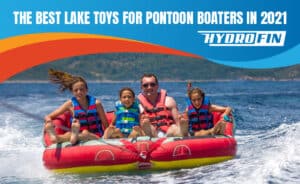 The Best Lake Toys for Pontoon Boaters in 2021

As a pontoon boater, you obviously like to have fun on the water. After all, the common name for your chosen boat is “party barge.”

Ready to upgrade your Pontoon Boat?

drop us a line and keep in touch